Thank you, John. You have put together an elegant gathering of interesting people and activities. –Dale Gaber

I wanted to let you know how much I’ve enjoyed participating in the PAC Mardi Apéro meetings these last few weeks. So very kind of you to include me among this dynamic, inspiring and caring group of people ~ I’ve learned so many new and interesting things and am grateful for this unique opportunity. Yesterday’s presentation and discussion with Bénédicte  de Montlaur was absolutely fantastic.
–Mollie Hinckley 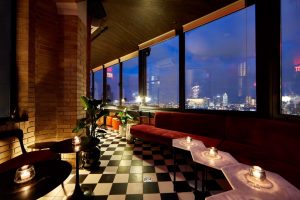 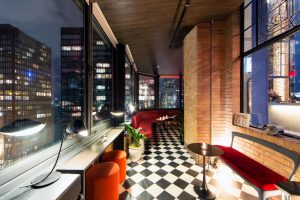 Built-in 1928, this iconic Art Deco tower on the East River was originally known as the Panhellenic Tower. It originally served as a women’s-only club and hotel space for the national Greek-letter sororities. In 1934 it was rebranded as the Beekman Tower and opened to all.

Ophelia sits atop of this esteemed monument of classic New York architecture, designed by John Mead Howells and featuring sculptures by René Paul Chambellan. Muse for New Yorkers for years, including one time regular – Frank Sinatra. Now it’s yours to enjoy. The doors to the 26th floor have once again opened and are now inspiring a new generation.

Members and friends met for a casual apéro and hors d’oeuvres at a new venue, St Tropez. This was also an opportunity to practice one’s possibly fractured français. 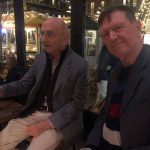 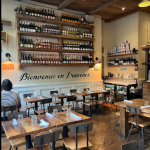 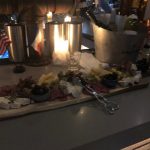 Lt Col Becker is an Assistant Professor of International Relations at the  United States Military Academy  in West Point, New York, where he teaches courses in international security, international relations, and comparative politics  in the  Department of Social Sciences. From 2019–2021, Jordan was the Joint Staff Liaison to the French Joint Staff (CPCO specifically). He reported to the Defense Attaché, the DOD/MOD liaison. From 2014–2017, he was was a defense policy advisor to Ambassador Douglas Lute, US Permanent Representative to NATO, and from 2017–2108, was speechwriter for the Chair of the Military Committee, General Petr Panel (Czech Republic). 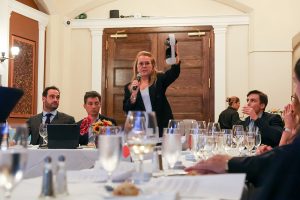 Which new technology will change your life?

Through her own journey, Véronique talked about how these new technologies changed her life in under a year.

From blockchain, Web3, NFTs, extended reality to Artificial Intelligence, machine learning, Metaverses, or 3D printing, guests discovered how those emerging technologies are shaping the world. There was much interaction between the panel and guests, as we obviously had many questions and opinions. 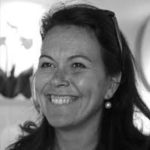 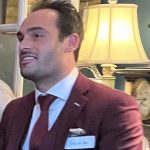 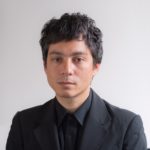 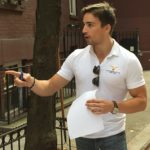 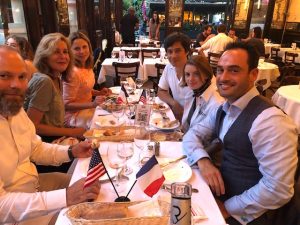 Special guest Silvère Besse discussed his project Virtual Journey, on a visit to the workshop  of the Statue of Liberty viewed through the eyes of Victor Hugo’s granddaughter, Jeanne, guided by the architect Auguste Bartoldi. 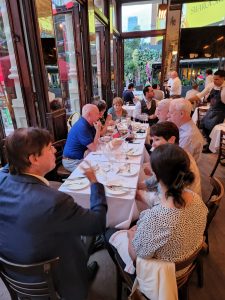 Some 14 members and friends enjoyed a casual apéro at Bar Félix, where  the rosé de Provence kept flowing.

We thank Gonzague Leroux for the photos. 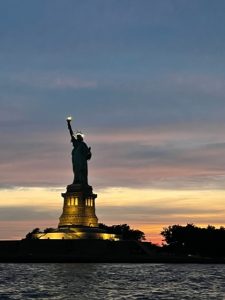 Thanks upon thanks, John –
As I dare say you’ve heard, the cruise started out under a cloud – quite literally – but turned into a thorough success and delight. At stated start time it was overcast, blustery and Accuweather was predicting rain within minutes. The Captain let no one board.
Then as the crowd agitated, it began to clear – first from the south, then from the west. The Captain allowed boarding. To universal relief the first act on board was refreshments. We waited a while longer, then set out into a brightening sky. The balance of the cruise turned out as planned – just three quarters of an hour delayed. The setting sun kissed Liberty’s torch. La Marseillaise rang out. And everyone went home pleased.
Thanks again,
Rob

Robert Morris is a member in good standing for over 40 years. 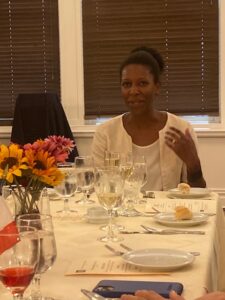 Eloïne Barry is a Guinean-Senegalese multi-skilled, multilingual communications and business professional with a proven track record in building and managing PR businesses. She has an extensive background in media relations, corporate communications, and investor relations. Eloïne has a passion for consistently achieving and exceeding ambitious business targets.

With over 15 years of experience across the public relations and communications industry, Eloïne is currently the Founder and Chief Executive Officer of the African Media Agency. As such, she specializes in helping companies grow their share of voice on a pan-African scale. She was pivotal in orchestrating and launching the first-ever press release wire distribution operating on the African continent.

Along with her professional career, Eloïne served as a Board Member for Africa Communications Week. She also spent time volunteering for Speak Up Africa, The Tony Elumelu Foundation, and The Comms Avenue.

As an exemplary leader, Eloïne was recognized as one of the 100 Most Influential People of African Descent. Identifies high achievers of African descent in public and private sectors worldwide as a progressive network of relevant actors to join together in the spirit of recognition, justice, and Africa development. She was also nominated in 2016 and 2017 as an African Woman of the Year in the media category. 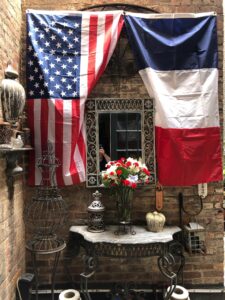 Members who joined the club in 2021 and 2022 were invited to introduce themselves, talk about why they joined, and share their aspirations for the club, followed by a buffet dinner, served in the president’s Greenwich Village apartment and jardin. 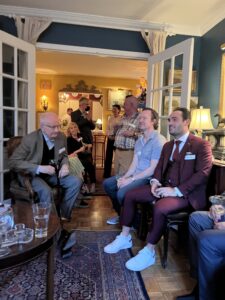 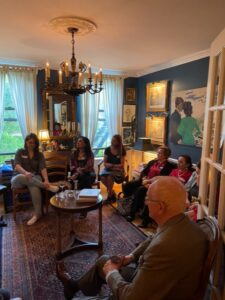 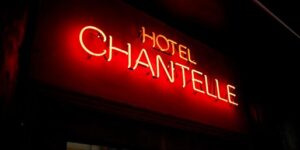 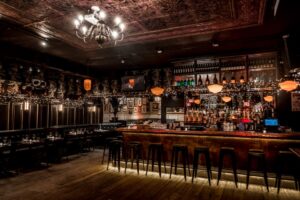 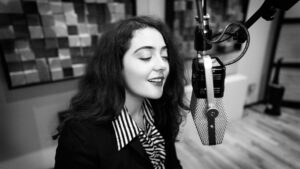 Tatiana Eva-Marie is a Brooklyn-based bandleader, singer, author, and actress. Best known for her work with the Avalon Jazz Band, she was recently included in a list of rising jazz stars by magazine Vanity Fair.

Though her interests have led her to explore a wide range of musical styles, from 1930s pop to modern jazz, Tatiana Eva-Marie’s singing is always inspired by her own French and Gypsy heritage; a love for the Parisian art scene of the 1920s through the 60s; a fascination for New Orleans Jazz; and a deep connection to the Great American Songbook. 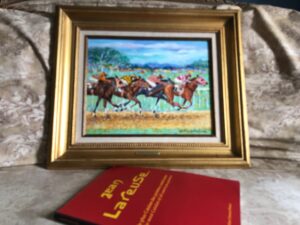 A tombola, featuring a framed painting by the late Jean Lareuse, le plus Catal 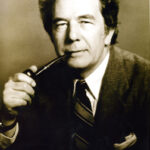 an des peintres américains, donated by his widow and club member Caroline Lareuse, was offered, including his biography, as well as other items.

Jean Lareuse (aka Jean LLAREUS), 91, of Princeton, NJ and Prats-de-Mollo, France, passed away peacefully at University Medical Center of Princeton on Friday, June 17, 2016. Jean was an accomplished and world-renowned artist from the South of France who moved to the United States to marry his beloved wife, Caroline. 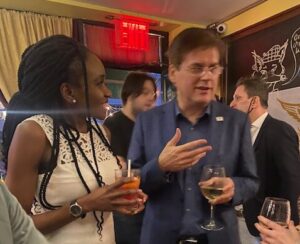 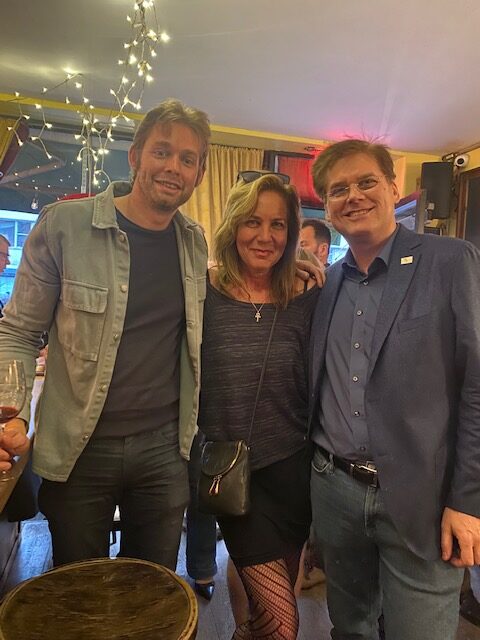 Members and friends joined for a casual apéro and hors d’oeuvres.

Opera Lafayette is the pre-eminent American interpreter and producer of period-instrument opera from the 17th through the 19th centuries and an international leader in this repertoire. Based on meticulous research and the creation of modern performing editions, the company’s compelling performances and recordings of rediscovered gems and historical masterpieces highlight the works’ original appeal and introduce a new generation to their contemporary relevance. 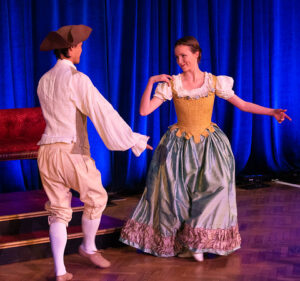 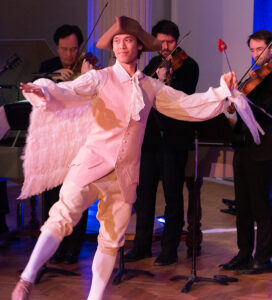 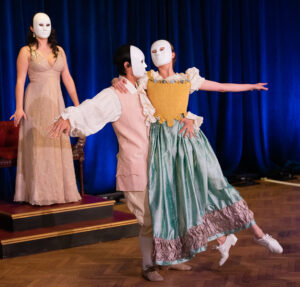 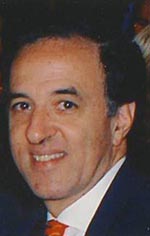 He is a founder of the Hopkins Symphony Orchestra and of The New York Collegium. He is the founder of the American Friends of Les Arts Florissants and serves on its board as Treasurer. He is also on the board of Les Arts Florissants in Paris. He is the chairman of the New York Advisory Board of Opera Lafayette and member of the board of Opera Lafayette. For Opera Lafayette, he has lectured on French Opera at the Smithsonian, on the Influence of Greek Drama on Classical Opera at the Society for the Preservation of Greek Heritage and on French Opéra Comique at La Maison Française in Washington, DC. and has written program notes for the operas and opera-comiques performed and recorded by Opera Lafayette. He is presently preparing an edition of the critical writings of French opera composer, Ernest Reyer.

Dr. Kettaneh did his undergraduate studies and obtained his Masters degree in Sciences from the American University of Beirut. He then obtained a Doctorate degree in Biology from Purdue University, Indiana followed by a Masters degree in Business from Loyola College, Maryland. He also holds an inactive Maryland CPA license. He is fluent in English, French, German and Arabic. 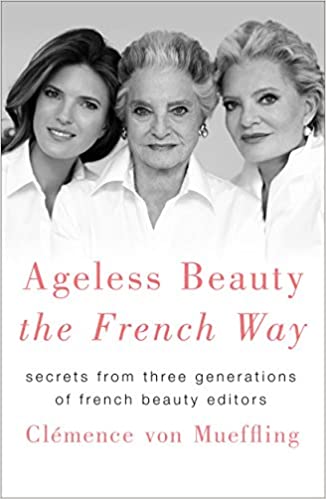 From three generations of French beauty experts, Ageless Beauty the French Way is the ultimate book of tips, products, practices and French beauty secrets in ten categories such as Hair, Skin, Makeup, Sleep, and Perfume.

While many women are passionate about the best skin care lines, hair treatments, and beauty practices, Clémence von Mueffling has that passion in her DNA. Both her mother and grandmother were beauty editors for French Vogue, and Clémence proudly continues their legacy in Ageless Beauty the French Way, a luxurious, entertaining, unparalleled guide to every French beauty secret for women from all walks of life. Learn the most effective ways to let your natural beauty shine through; that double-cleansing your face is the only way to go; that there is more to choosing the perfect perfume than you ever imagined; and that a simple, nightly facial massage is the ultimate secret to an ageless, glamorous, youthful face.

Weaving wisdom from all three women with insiders tips from top beauty experts, Clémence shares both timeless and age-specific information in three categories―Jeunesse (15-35), Plénitude (35-55), and Maturité (55+)―creating a wonderful guide that any woman can cherish throughout her life, and pass down to her daughter through the years. 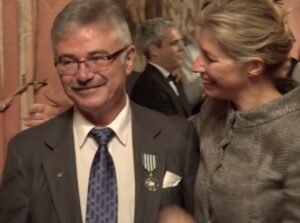 There was be a brief overview of the club for 2021, which may be found on the homepage, and a look at plans for 2022.

Prime Minister of France from November 16, 1917 – January 20,  1920, Georges Clemenceau was graduated as a doctor of medicine on 13 May 1865, founded several literary magazines, and wrote many articles, most of which attacked the imperial regime of Napoleon III. After a failed love affair, Clemenceau left France for the United States as the imperial agents began cracking down on dissidents and sending most of them to the bagne de Cayennes (Devil’s Island Penal System) in French Guiana.

Clemenceau worked in New York City during the years 1865–69, following the American Civil War. He maintained a medical practice, but spent much of his time on political journalism for a Parisian newspaper, Le Temps. He taught French in Great Barrington, Massachusetts, and also taught and rode horseback at a private girls’ school in Stamford, Connecticut, where he would meet his future wife. During this time, he joined French exile clubs in New York that were opposing the imperial regime.

As part of his journalistic activity, Clemenceau covered the country’s recovery following the Civil War, the workings of American democracy, and the racial questions related to the end of slavery. From his time in America, he retained a strong faith in American democratic ideals as opposed to France’s imperial regime, as well as a sense of political compromise that later, would become a hallmark of his political career.

Please go to the tabs by year under Past Events to view prior years’ events.