If you are not able to formally join us, kindly consider making a donation to help promote Franco-American friendship for next year and generations to come. 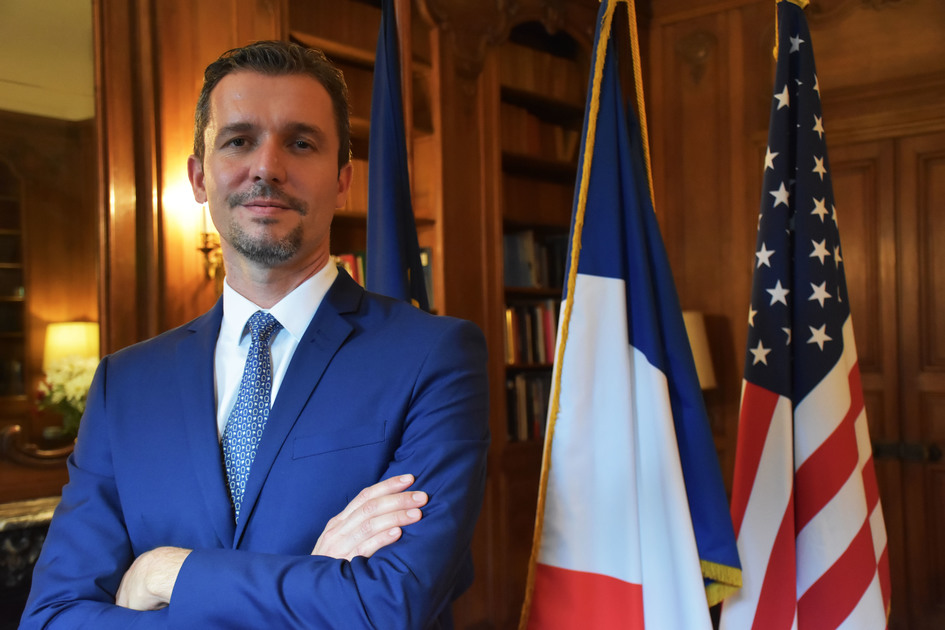 Jérémie Robert, 43, took office as Consul General in New York on September 3, 2020. Since September 2018, he was advisor for Africa, Development and Global Affairs in the office of the Minister of Europe and Foreign Affairs, Jean-Yves le Drian. In this capacity, he contributed to the renewal of France’s relations with Africa and the rebuilding of its development policy, and worked on the management of the crisis in the Sahel. He has worked for France’s global priorities, in particular the preservation of global public goods such as global health, climate and biodiversity.

Jérémie Robert is a graduate of the Institut Politiques de Strasbourg and holds a master’s degree in international relations. He is married and father of two children.

Password required, sent via e-newsletter to members, request it at info@parisamericanclub.org.

“Mardi Apéro Virtuel is brilliant. This kind of connection is so important in a time like this. It is not just a distraction, but a human need to see others and hear others. Perfect, of course would be face-to-face, but we should let “perfect” be the enemy of “good”. And, this was very, very good.” –Gene Detroyer, Professor of Entrepreneurship & Strategy, European School of Economics, John Hopkins University
“I wanted to let you know how much I’ve enjoyed participating in the PAC Mardi Apéro meetings these last few weeks. So very kind of you to include me among this dynamic, inspiring and caring group of people ~ I’ve learned so many new and interesting things and am grateful for this unique opportunity. Yesterday’s presentation and discussion with Bénédicte de Montlaur was absolutely fantastic.” –Mollie Hinckley
“Amid civil unrest, all that looting, and meanwhile the pandemic, you were still able to hold un apéro virtuel. I believe it was particularly appreciated for just those reasons providing a safe and interesting space. Thank you for inviting me! Francis’s talk was informative and lively as ever. The clip you showed of “La Marseillaise” during “Casablanca” was a highlight for me–bravo! Some of the comments from “regulars” were thought-provoking. I’ll consider joining the Paris-American Club” –Judith Oringer

Kevin MacCarthy passed away of natural causes on December 3rd, 2020 in New York City at the age of 79.

Kevin was a fifth generation Washingtonian where he attended Gonzaga College High School.  He continued his education at the College of the Holy Cross in Worchester, MA.  After graduation, Kevin spent a year in Metz, France, teaching English in a French high school, becoming completely fluent in French.

Kevin’s love of French culture and the French language continued for the remainder of his life.  Upon his return to America, Kevin became a Special Agent in the FBI and, while taking night classes, he obtained a law degree from The Catholic University of America.  Kevin then moved to New York City, where he founded his own firm, Kevin MacCarthy Associates, which specialized in international law.  A unique highlight in Kevin’s life was his opportunity to serve as the NYC-based manager of the French companies, Métalliers Champenois and Atelier Gohard, during the period, 1984 – 1987, when, at the request of the Statue of Liberty Foundation, they recreated the original Bartholdi torch and flame of the Statue of Liberty.  In the restoration of the statue, the torch and flame were the only items that were replaced through a design that kept with Bartholdi’s own drawings.  Upon seeing how the new flame turned out to be such a magnificent work of art, Kevin successfully engaged the International Herald Tribune to join him in making a second flame, identical to the one on Liberty Island, and presenting it as a sign of “amitié” to the French People. This second Liberty Flame was installed at the Place de l’Alma in Paris by the then Mayor of Paris, Jacques Chirac, on May 10, 1989. 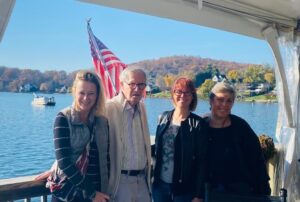 One of Kevin’s last trips outside of his NYC apartment was a visit to Liberty Island where he proudly had his picture taken in front of the statue which held “his” torch and flame.  Additionally, Kevin was honored to serve as president of the Paris American Club in New York City for 15 years.

He leaves behind his wife, Mireille MacCarthy, his two daughters Nathalie and Valérie, and his three grandchildren upon whom he doted, Gabriel, Sebastian, and Ariana.

Feb 9th, 6:30 | Non-judgmental Français is an opportunity to practice your (possibly fractured) French at all levels around various topics. 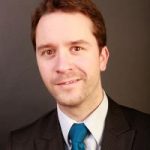 Mathieu Legendre is a French member of the Paris American Club and sits on its board. Living in New York since 2016, Mathieu, a former lawyer and political activist, is now spending his time between writing books about French history and teaching French to American francophiles.

“The French conversation hour was great. Made me realize that I need to speak French more (as in more than never). Mathieu you’re a fantastic moderator!” –Terrence M. Bennett, Attorney-at-Law, Bennett & Samios

Meetings will take place on the 2nd and 3rd Tuesdays of each month at 6:30 pm unless otherwise specified. Speakers at live events will also be broadcast via Zoom.