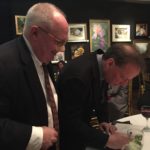 We had the pleasure to welcome Adam Gopnik to conclude the Club’s last event of the year 2016. A staff writer for the New Yorker since 1986, he discussed his book, a collection of essays on cooking and eating, The Table Comes First: Family, France, and the Meaning of Food.

From the author of Paris to the Moon, this beguiling tour of the morals and manners of our present food mania, is in search of eating’s deeper truths.

Never before have we cared so much about food. It preoccupies our popular culture, our fantasies, and even our moralizing. With our top chefs as deities and finest restaurants as places of pilgrimage, we have made food the stuff of secular seeking and transcendence, finding heaven in a mouthful. But have we come any closer to discovering the true meaning of food in our lives?

With inimitable charm and learning, Adam Gopnik takes us on a beguiling journey in search of that meaning as he charts America’s recent and rapid evolution from commendably aware eaters to manic, compulsive gastronomes.

Thank you to our sponsors for this special evening: Maiden + Liberty and Bache-Gabrielsen for their delicious wine and great cognac! 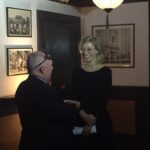 We were delighted to welcome Ms. Anne-Claire Legendre, our new Consul General of France in New York, at her first official visit to our club.

“I know that this event is now a tradition which sets the month of November under the sign of the Franco-American friendship. I am proud to go back to this tradition initiated by my predecessors. I do hope that this first encounter will be the first of many others to come.”

Long-time friends, new members and guests shared a moment of conviviality, over a glass of champagne or wine, and hors d’oeuvres for a successful cocktail party. 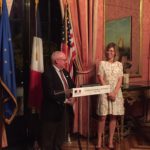 This  co-sponsored event is an example of the Paris American Club’s outreach initiatives and was reserved for Members in Good Standing. Kindly consult the membership pages of the website for information about joining. 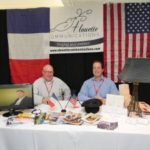 John Bennett was interviewed by Chams Linkpon, which was aired on TWC, FIOS and RCN.

Artips Co-Founder & CEO Coline Debayle and Agathe Joly, International Partnerships & Development Manager, talked about Artips, short stories in French or English about artists and artworks that appear in your inbox three times a week and can make for good conversation starters at the next Paris American Club event. Subscribe here.

Their presentation showed how a start-up idea garnered backing from major corporations and offers educational opportunities for museums and schools. It also highlighted the club’s efforts to combine members’ classic interest in art with modern technology and business.

Coline Debayle, the Art Detective
Coline uses her investigative skills to uncover hidden secrets about art. Applying her degrees in business and political science, she builds partnerships and explores opportunities for Artips.

Agathe Joly, the Museum Explorer
An Art History buff, Agathe originally came to Artips to write about the hidden secrets she learned in the ivory tower. Today she is seeking new opportunities with museums, galleries and anyone who wants to share art with the world.

One of our members writes: “Thank you very much for yesterday’s luncheon. The Artips adventure was quite stimulating and inspiring to hear.” 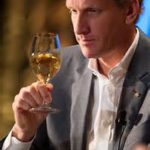 “Whether by temperament or luck, or a felicitous combination of both, the Drouhins have achieved what many family-run companies find difficult—even impossible—to pull off: They have not only maintained the family business but have expanded and improved upon it, in terms of land and wines, as well as sales.

The domaine was founded in 1880 by his great-grandfather, Joseph Drouhin, who was all of 22 when he moved from Chablis to Beaune. Though he never purchased any vineyards, only grapes, his son Maurice acquired quite a few, starting in 1919. One of those was Beaune Clos des Mouches.”
–Lettie Teague, The Wall Street Journal 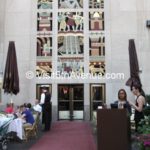 Old friends got together informally and networked with new ones over wine and selected hors d’oeuvres.
View photos here or visit the Gallery page.

The American Club of Paris, founded in 1903 and one of the oldest non-diplomatic American institutions in France (and perhaps the world), has the dual purpose of providing Americans living in and around Paris with opportunities to meet, and at the same time, to preserve the special ties that the United States has had with France for more than two centuries.

The Paris American Club began informally in 1940 as American expatriates, many members of the American Club of Paris, returned to New York during the Occupation. Participants, approximately half French and half American or other nationalities, hail from business and diplomatic circles, the arts and education.

The activities and purpose of both Clubs preserve a tradition begun in 1777 by Benjamin Franklin’s “Sunday Dinners” for Americans in Paris. Ambassador Hartley and Consul General Lortholary will address the guests at both events simultaneously by video teleconference. 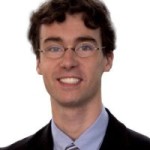 Due to the complexity of pediatric heart disease, successful treatment depends on advanced medical facilities and highly-trained medical professionals. These are rarely available in developing countries due to a lack of resources. Surgeons of Hope has developed a sustainable strategy to provide care to children in need of heart surgery.

In addition to heading up the Surgeons of Hope, Charles is an endurance athlete, here is why he started running: “I always admired marathoners, but I didn’t think of myself as one of them until very recently. It was actually a complex and interesting process.

When I lost my sight, a few years ago, I quickly realized that I had a choice. I could either stay at home, in the dark, in the comfort of my loneliness, or I could go out and do something that always inspired me. What was sort of paradoxical is that every day my vision would get a little worse, and every day, I felt a little more free. I had decided to run.

Every year I watch the New York City Marathon, it’s the most inspiring moment of the year in the City. I cheer for these people because they have the right state of mind, they tell me that anything is possible. I could still be inside, in the comfort of my loneliness, but I am free, and soon I will be one of them.

Thursday, April 7th, 2016 Luncheon, 12:30 at the National Arts Club
Guest Speaker: Philip Berry, Chief Human Resources Officer, The Clinton Foundation and Vice Chairman of the  Board of Trustees for the City University of New York (CUNY)

“The 5 Ways that Living in Paris Revitalized My Global Mindset”

Philip has worked in over 60 countries, however, his expatriate assignment in Paris had a profound, life changing impact enabling him to develop a truly global view of work and life. He outlined themes that have facilitated an enduring transformation and shift of mindset.

“Congratulations for a wonderful event! It was a much larger crowd than I expected.”

Tuesday, March 15th, 2016 Reception, 6:30 pm at the home of Hilary J. James, club Vice President
Hilary received some 20 new and prospective members in her elegant home, featuring a warmly welcoming fire in the hearth and glasses of Mâcon Village. Hors d’oeuvres were provided by Board Member Francis Dubois. New members were able to express their thoughts on the club’s recent activities while President John Bennett talked about its future direction and goals. A fine time was had by all, based on comments received:

“It was a wonderful party and I would like to send a personal message of thanks to Hilary.”

“It was great for me to be able to reconnect. Thank you for bringing this renewed energy in the Club.” 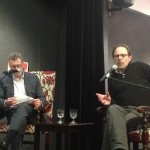 At thirty-seven, Marc Levy wrote a story for the man that his son would grow up to be. In early 1999, his sister encouraged him to send the manuscript to Editions Robert Laffont, who immediately decided to publish If Only It Were True. Before it was published, Steven Spielberg (Dreamworks) acquired film rights to the novel. The movie, Just like Heaven, produced by Steven Spielberg, starring Reese Witherspoon and Mark Ruffalo, was a #1 box office hit in America in 2005.

After If Only It Were True, Marc Levy began writing full-time. All of his novels have hit the top of the best-seller list in France. They are also very successful internationally and are consistently on the bestseller list in several countries including Germany, Italy, Spain, Russia, and Taiwan.

The combined sales of Levy’s sixteen novels, translated into 49 languages, have surpassed the 34 million-copy mark worldwide. He is the most read French author in the world. In 2015, Le Figaro commissioned a nationwide poll asking the French to rank their favorite author: Marc Levy and Victor Hugo were #1. View photos here. 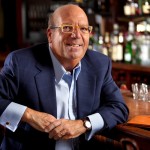 E. J. Simon is the author of Death Logs In, and Death Never Sleeps.

He recently spoke at the American Library in Paris, as much of the action in these thrillers takes place in France.

Both have reached #1 on Amazon and will be available at a special $20 rate for members and their guests, by cash, check or credit/debit card.

Prior to his writing career, Simon was the CEO of GMAC Global Relocation Services (a division of General Motors) and the Managing Director of Douglas Elliman, the largest real estate firm in New York City.

“I thought the speaker was very good– interesting, humorous,  appropriately self-deprecating, and providing just the right type of light entertainment to go along with a pleasant lunch among friends.”

Anthony explained the historical context that permitted a contingent of more than 25,000 French words to incorporate the English language over a period of time that lasted 900 years. This extremely rich vocabulary was reviewed, from the very first French words integrated into English in the XIth and XIIth centuries to the most recent ones. Photos here 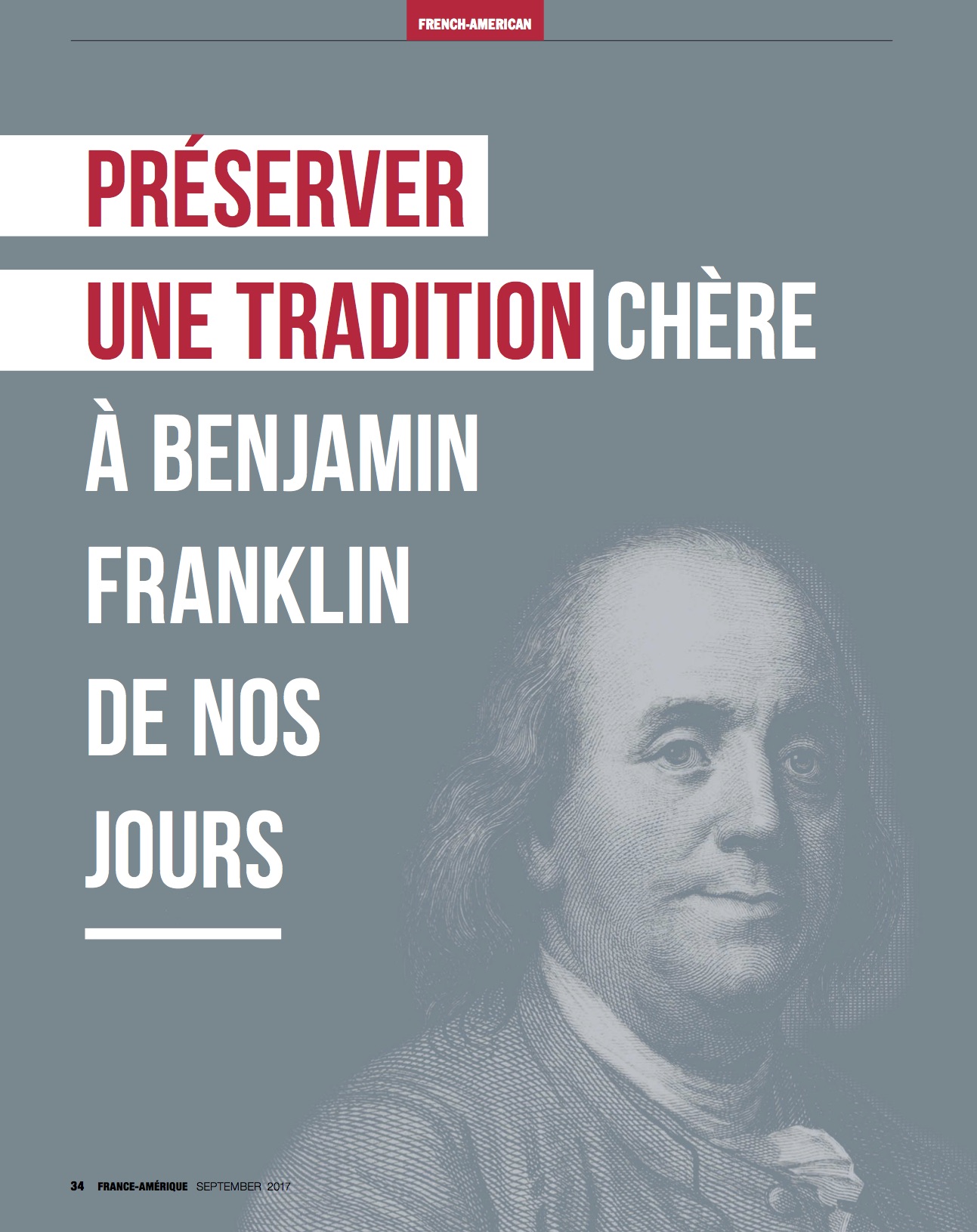 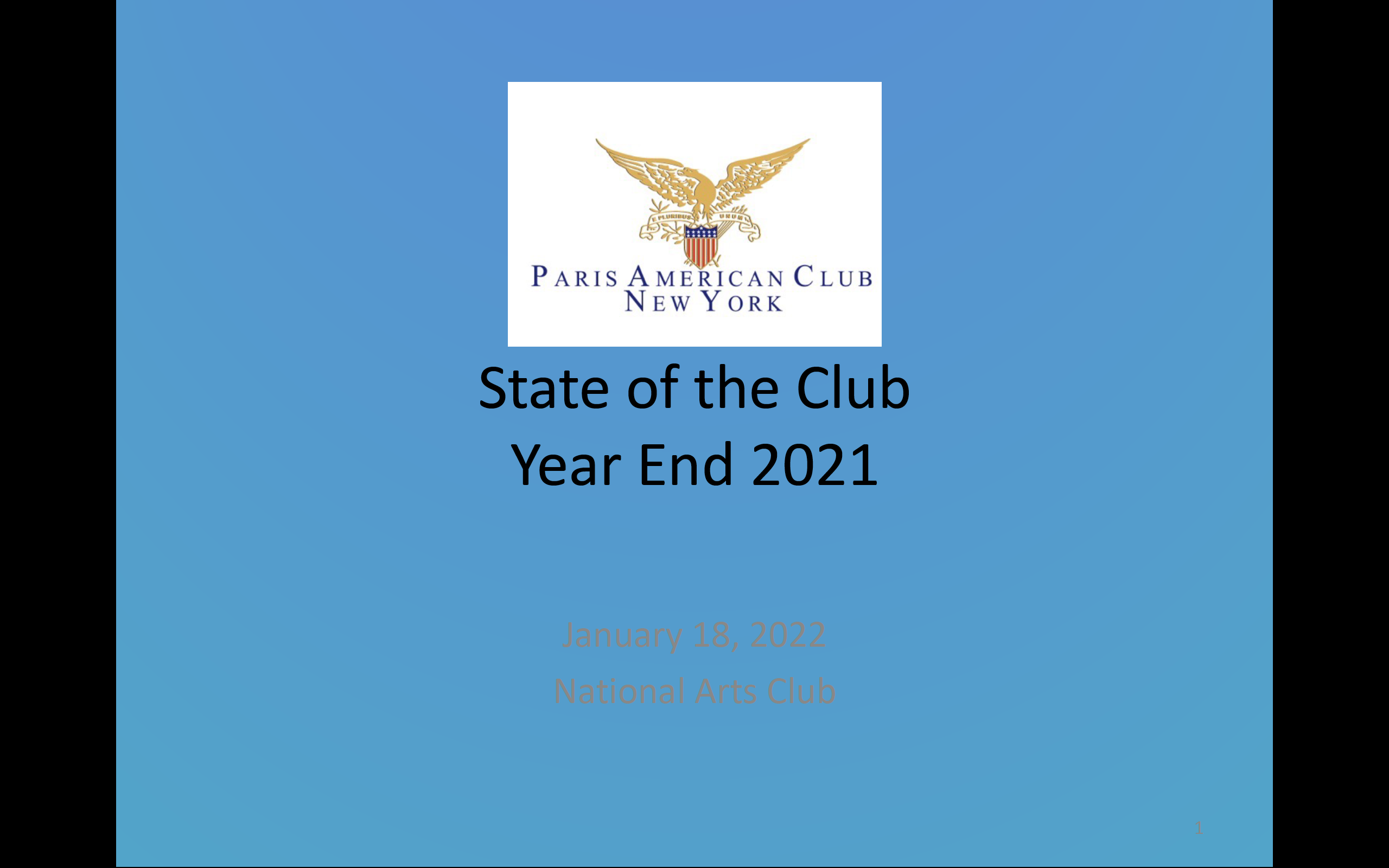